Fresh off their successes in Edinburgh, for the second year in a row MacMillan-Birtles wins the Celtic Classic. While the competition field was limited, the band secured firsts among all the judges in both the MSR and the Medley run.  Congratulations, MacMillan-Birtles!

While the band did not make it into the finals (7th in their flight), their medley run was something they could be proud of:

After their first time ever on the Glasgow Green, MacMillan-Birtles made it into the Finals, where they place 9th overall, with the drum corp being 6th in the world!

Here is video of their qualifying MSR run:

MacMillan (Grade 2) won the medley contest in a strong field of bands at the 31st Annual Scottish Festival and Highland Games held on June 17, 2017 at Hamilton Fields in Itasca, Illinois.

MacMillan United’s three units performed at the Annapolis Irish Festival on Saturday, June 3, 2017.  MacMillan-Dunn, the only unit with competition (the other units played for judges’ comments), won their event against units from Richmond the Chesapeake. 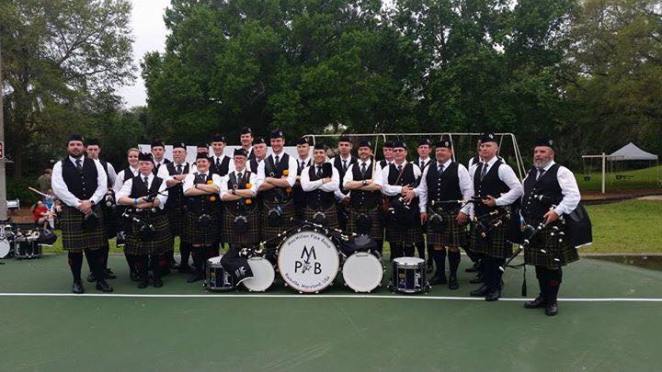 MacMillan Pipe Band (shown in the photo above) competed against Atlanta Pipe Band and won both the medley and MSR events at the Colonial Highland Gathering at Fairhill on May 20, 2017.  MacMillan-Birtles (Grade 4), and MacMillan-Dunn (Grade 5) Pipe Bands placed third in their respective competitions.  MacMillan and MacMillan-Dunn’s Drum Corps won the drum corps prizes for their grades. 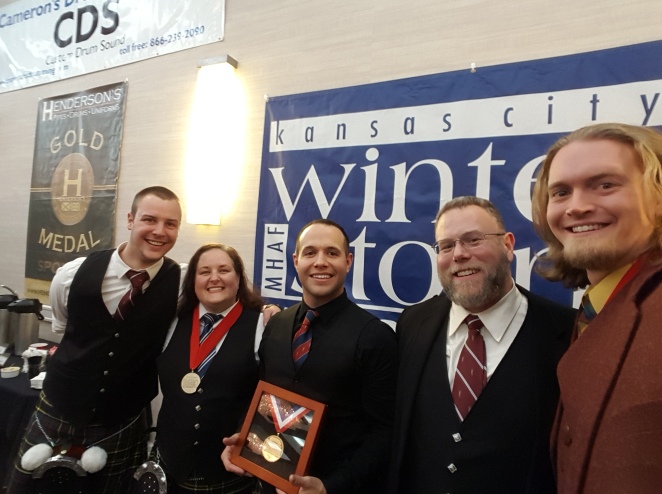 The MacMillan bands have been hard at work this season, so we’ve had little time for updating here on the site. If you’ve been watching us on our Facebook page, you will have no doubt heard of our successes both at the Jersey Shore Celtic Festival and at the Glasgowlands Scottish Festival!

MacMillan-Birtles took first place at Jersey Shore against a strong field of eight bands, and remains undefeated this season!

At Glasgowlands, the MacMillan Pipe Band took a first place against our friends NY Metro and a very strong field of grade 3 challenge-ups!

Both bands look forward to continuing their successes as they travel to Ontario next weekend to compete in the North American Championships!

MacMillan has been hard at work this off-season polishing a brand new MSR and Medley, and welcoming some fresh blood to the organization! It’s been a long Winter, but the band is ready to kick this season off in style!

In one week the top-level band will be packing and boarding planes for a weekend away in sunny Dunedin, FL! It will be MacMillan’s debut performance in Grade 2, and first time competing at the Dunedin Highland Games. The band is very much looking forward to meeting up with our friends, the City of Dunedin Pipe Band next weekend.

The Dunedin Games will also be the official contest debut of MacMillan’s new Pipe Major, Andrew Donlon, and Drum Sergeant, Alex Kuldell. The two leaders have worked diligently to  prepare the band for the upcoming season, arranging and teaching new music, and getting the band contest-ready for the 2016 season.

We’ve got our shades and our sunscreen – see you all in sunny Dunedin!

Months of late nights on the practice chanters, hours upon hours of practice, building and believing went into the MacMillan Pipe Band’s victory at the North American Pipe Band Championships in Maxville, Ontario, Canda on August 1st of this year.

MacMillan won the championship with first and second in piping, first in ensemble and second in drumming from judges Charlie MacDonald, John Elliot, Michael Gray and Hugh Cameron, playing for only the second time competitively Highland Wedding. Both Andrew Donlon and Alex Kuldell were ecstatic with the result, which demonstrated not only the improvement of the band, but also how well the new partership at the helm is both beneficial and largely effective. In addition to the changes the band has experienced over the past 18 months in leadership, they played new chanters and reeds. Many thanks go out to McCallum Bagpipes and G1 Reedmakers for the quality products we have enjoyed and plan to use in the future!

Thanks are also in order for all of the families of the members who have spent many nights and weekends away in addition to the hours of practice at home. Thank you! A very special shout out goes to  drone tuners, Dan Bell and Monica McClamrock, who did a great job getting the band on the field and assisting with overall sound.

Without all of our support from family members, members of the other MacMillan bands, and everyone else, the thrill of marching off the field at Maxville as North American Championships. Most definitely the memory of a lifetime.

With the North American Championships in the bag, MacMilllan went on August 2nd to the Montreal Highland Games in Quebec, and won with a first and second in piping, first in ensemble and first in drumming from judges John Wilson, Brian Williamson, Bob Worrall and Brendan Kelly, respectively. The comments from all were positive, but it was an honor to get such complimentary notes from judges as experienced as John Wilson and Bob Worrall, both of whom have judged the Grade One Finals at the World Pipe Band Championships.
All in all MacMillan was thrilled to make the trip of a lifetime up to the Great White North. With this competition in the books, the band is going to continue looking forward.